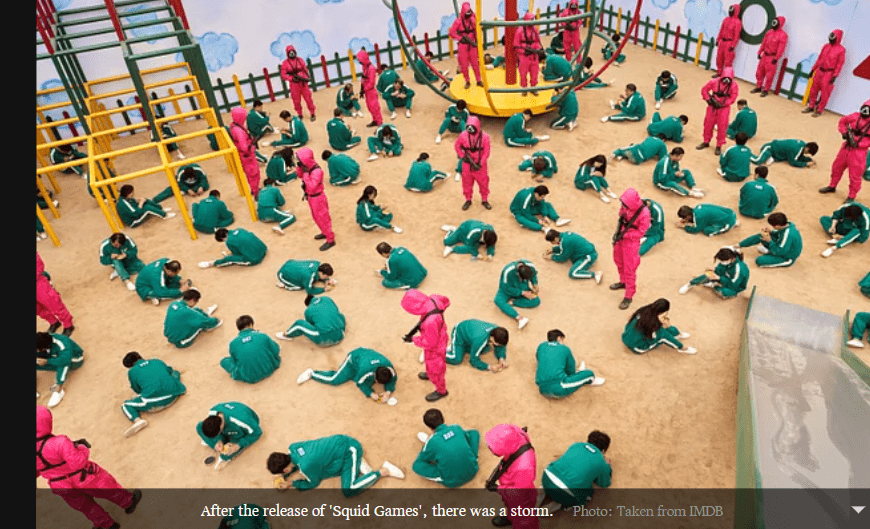 After the release of ‘Squid Games’ in September last year, there was a storm. Released on Netflix, the series topped the list of viewers in 92 countries. Quickly turned into the most watched series in the history of the streaming site. With one series, the characters of the series became stars overnight. After the release of the first season, the discussion about the second season started. However, everyone was somehow locked in the face. Netflix has finally confirmed the second season of the series a few days ago. A small teaser has also been released. It is known that ‘Squid Games 2’ may be released later this year or next year.
However, new surprises appeared in various discussions about the second season. Netflix is ​​bringing a reality show in the form of this popular survival drama. News Variety.Bela Bazaria, head of Netflix Global TV, confirmed the news at the World Media Festival on Tuesday. The name of the new reality show is ‘Squid Games — The Challenge.’ According to Netflix, this is going to be the biggest show in the reality show world. 458 contestants will compete in this show. There is a big prize for the winner. The figure is as high as 845 lakh 60 thousand dollars or 42 crore 39 lakh taka.Anyone who speaks English at the age of 21 will be considered eligible to participate in the event.
Commenting on the show, Brandon Rigg, Netflix’s Vice President (Unscripted and Documentary), said: We are going to start a big reality show with the fantasy world with the support of Hwang. For fans of this series, which is great news. This time they will be able to see the thrilling fight of 456 real contestants. Wait with extreme excitement, who will get the big prize in the end. ‘

The 10-episode reality show will be co-produced by Studio Lambert and The Garden. The entire show will be filmed in the UK. The organizers have confirmed that there will be no casualties in the reality competition like in the original series.

Abbas Kiarostami: There was no point in giving up

How can staying at a resort for vacations become an exhilarating experience for you?